The concept art of DEFIANCE continues...  I have to give props to the environment guys at Human Head and Trion Worlds for making these levels look spectacular in all their destroyed glory.  It's always a challenge to cram as much in and still manage to make it work for an MMO.

Here are two more maps we worked on.  What started out as a Corporate Park, became something like a shipping/warehouse kinda area and Scrapworks, a scrap yard that was taken over by an alien mercenary faction and then a mechanical sentience.  Followed up by a smaller multiplayer map Observatory. 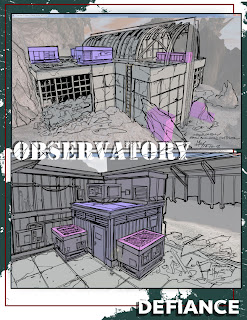 Posted by artboymoy at 9:08 PM No comments:

With the release of Trion World's MMO Shooter Defiance coming out today, I can finally reveal some of the concept work I have been producing while contracting at Human Head Studios for the past 9 months.  It's set in the future 15 years after a cataclysmic event terraformed the Earth.  Well,
check out the trailer for yourself, play the game, and check out the SyFy Channel's show starting April 15th, 2013!

So here's the concept for the escape pod you see in the trailer.

I think after you land you find General Grant's Command where I got to design a couple models for the cinematic.

Here's some of the first areas we worked on.  It's called 101 Keys.  Lots of industrial look taken over by mutant Raiders.  The Raider look was already established, so we had to dress up the areas and make sure it was consistent. 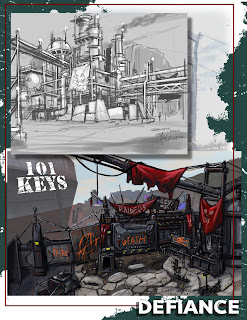 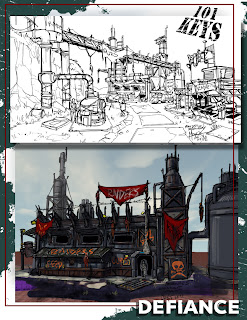 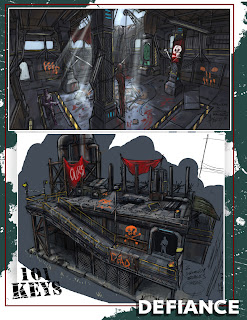 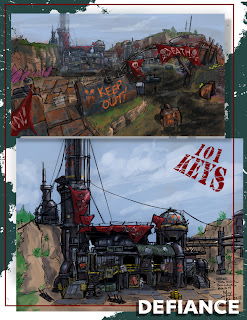 Here are some more cinematic locations where you encounter key characters who dole out missions and fill you in on the the world, making it a much richer experience.

Top Notch is in a really cool structure that you access via a winding bridge.  I didn't design the outside, but concepted the inside. 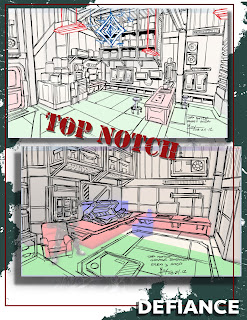 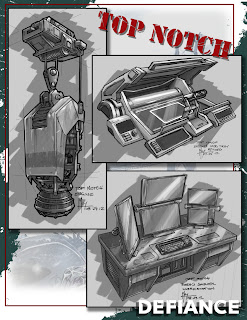 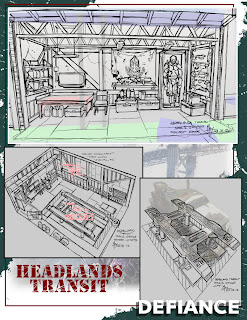 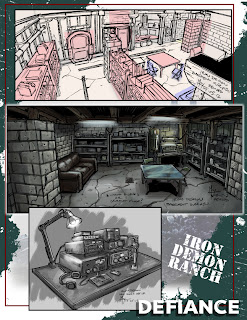 Well, that's all for the time being.  I'll try and get more posted soon!
Posted by artboymoy at 9:15 PM No comments: